Your Financial Guide & Partner for Life

It’s not as bad as it looks

In with the new year, but not necessarily out with all of the old.

The calendar has turned over, but the world is still feeling downstream effects of the pandemic years in the way of inflation, the tech sector downturn, multiple interest rate hikes to ward off recession and ongoing supply chain issues, though now stemming from a new source: war abroad.

Despite all the bad news, things are looking up for 2023, according to Marc Livernois, RIA, one of Epic Trust’s seasoned wealth management advisors.

“For the longest time, bad news has been good news,” Marc said, referring to the inverse relationship between equity prices and broad based economic reports.

A decrease in claims suggests a stronger labor market, a positive for the US economy, but a negative for bonds and growth stocks, as it suggests the Federal Reserve is not close to ending rate increases, Marc added.

Marc noted that inflation has been gradually coming down though and likewise the cost of some items. For example, the price of used cars skyrocketed when new car production was girdled by a lack of computer chips—a supply issue that arose from reduced production during Covid-19 pandemic factory shutdowns.

Interest rates have recently eased, but the Fed is likely to raise rates again with rates ending somewhere around 5 percent. “Maybe a quarter of a point,” Marc said, adding that after that they are unlikely to institute any additional hikes after the next two Federal Reserve meetings.

The stock market is up 3 to 4 percent so far in 2023, though Marc said this may dip again during the first quarter due to a decrease in corporate earnings.

In spite of fervent talk of a recession hanging heavy in the air, Marc said, “It’s actually very possible we won’t get to a recession, but either way, it will be close.”

“The time to get involved is when people are fearful,” Marc said, acknowledging that “people are more afraid of losing than potential gains,” which is especially poignant when wallets are stretched thin.

He said now is not the time to sell, but it is a good time to invest and also diversify.

For stocks, look for durability. “We like sustainable businesses that are profitable over all kinds of environments. If you drive by any fast-food restaurant, people are still going out to eat, or companies like Wal-Mart that people will still shop at regardless,” Marc said.

He encourages people to not limit themselves to stocks.

“There’s so much more out there. One thing that’s very popular out here is commodities—gold, silver, other precious metals. Gold has been in a bear market for the past 20 years, but it’s waking up. Gold doesn’t pay your dividends, it’s more of an insurance policy, more of a hedge. I think everyone should have just a little exposure to it.” 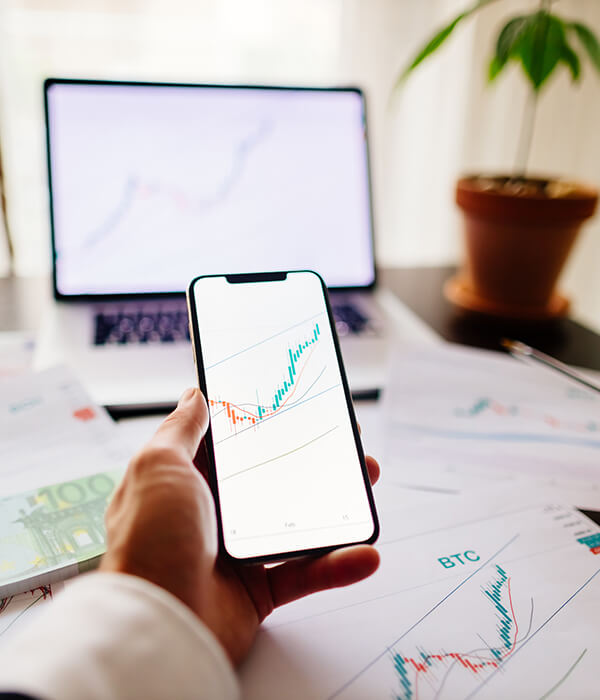 At Epic Trust, we care about people, not just numbers. In fact, we believe money is just a tool to help us accomplish good things in life—including service to others in our community.